The convention was organized in the background of shift in the National Economic Policy towards Liberalization of the economy and Globalization of business, where competition seemed to grow at a fast pace in every field, where fittest would survive. Technical Sessions exclusively devoted to the following dimensions were discussed in the convention:


All India Seminar on Technologies for Identification, Tracking and Neutralization of Unauthorized Drones A two day All India Seminar was conducted during 23024 November 2017 by NDRF is association with National Institute of Advanced Studies (NIAS) NIAS and the Aeronautical Society of India (Ae SI), was principally sponsored by INAE and was also supported by MS Ramaiah University of Applied Science (MSRUAS), private industries M/s Delopt, Bangalore and M/s Adams Technologies, Chennai. 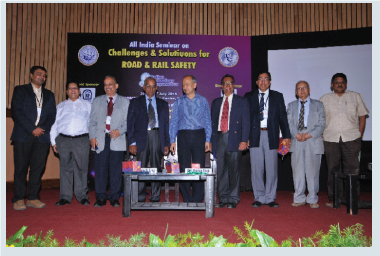 1. Seminar on Road & Rail Safety Seminar A two day seminar was conducted on 29-30 July, during ITC 2015. This Seminar made an attempt at networking experts in Govt. R&D laboratories, private and public sector undertakings, which are dealing with railway and roadway safety, especially cars and try to evaluate the processes that meet the ever increasing and stringent crashworthiness requirements in the country. 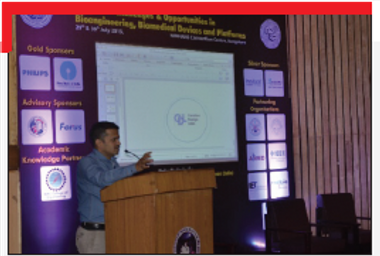 2. International Workshop on Bioengineering, Biomedical Devices & Platforms A two day International workshop was conducted on 29th and 30th July, during ITC 2015. This Workshop was unique as it brought eminent practitioners from abroad to network and collaborate with Indian students from engineering, medical and science disciplines; researchers; medical practitioners; entrepreneurs; hospital management and research management professionals to communicate across disciplines and move an idea, all the way from basic research to a clinical application. 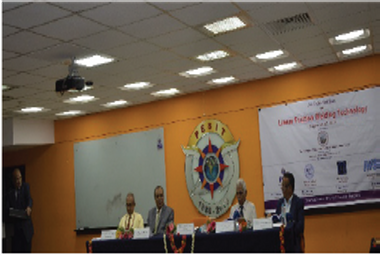 4. All India Seminar on Liner Friction Welding The Instittuion of Engineers (India) Karnakata State Centre and jointly with NDRF organised the Two day All India Seminar at PESIT, Bengaluru, to deliberate on latest developments in linear friction and friction stir welding technologies and also update the knowledge and skill levels among Engineers and technicians working in fabrication industries, process plants, Research and Training Institutes and academic Institutions 
A Two day All India seminar on Residual Stress: Key Challenges & Remedies was organized by NDRF in association with Central Power Research Institute and IEI on 21-22 January 2016 at Silver Jubilee Auditorium, CPRI, Bengaluru. The function started with the welcome address by Dr. Ramachandra, Director NDRF & Director (Retd.), GTRE, Dr. S. Seetharamu, Director (Retd.), CPRI, who introduced the delegates about the seminar and its importance. Shri P.Kunhikrishnan (Director SDSC & President, ISSE), addressed the inaugural session. Dr. C.S.Kedar (CEO, CSR Jindal Steel Works) and Dr. K. N. Subramanya (Principal, RVCE) spoke about the relevance of the seminar in the current industry scenario in the country. Along with sharing their views and experiences on the residual stress into their specific domains of outer Space components, steel industry and the involvement of the academia with some of the projects, they also highlighted the need of such valuable talks on the topic of residual stresses with a kind thanks to organizers of the Seminar. The Souvenir was released soon after this by Dr. L.V.Muralikrishna Reddy, Immediate Past President, IEI. 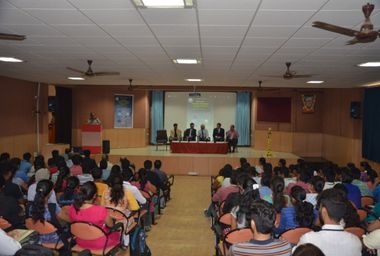 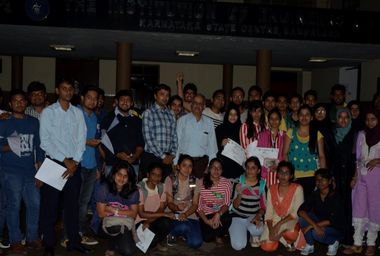 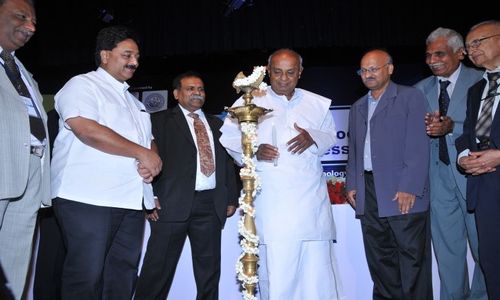 2. Indian Technology Congress – 2014 Indian Technology Congress 2014 (ITC), a premier technology event was organized with resounding success in Bangalore during 21-22 August 2014 under the leadership of The Institution of Engineers (India), Karnataka State Centre and National Design and Research Forum with a consortium of professional bodies. The Congress was inaugurated by Hon’ble Shri H.D. Deve Gowda, the former Prime Minister of India in the presence of Er. Ashok Kumar Basa, President of IEI; 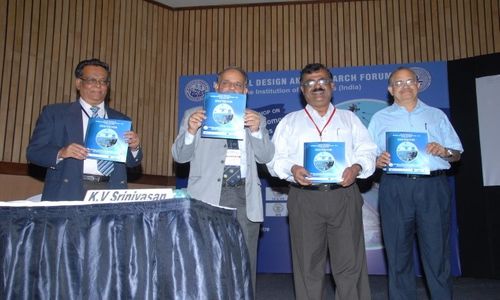 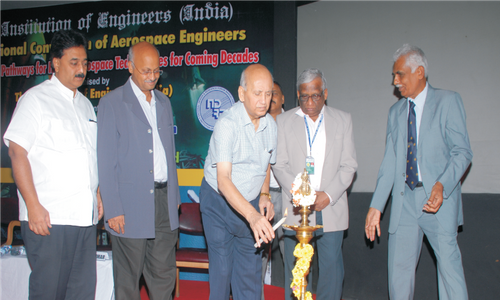 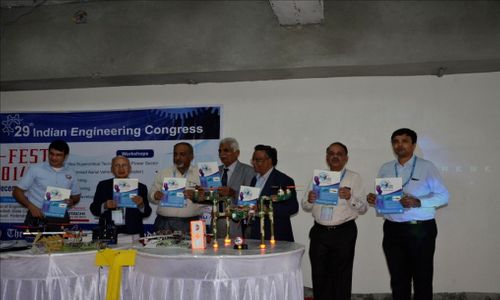 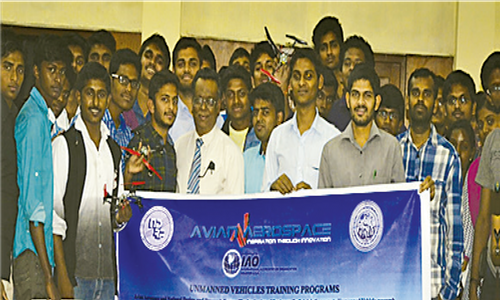 9. Two Day workshop on Micro Quadcopter The two day workshop on Micro Quadcopter was organized by NDRF and Avian Aerospace held during 23-24 January 2015 at Sir. M.V. Auditorium, The institution of Engineers (India), Bangalore. The workshop was mainly aimed to create more awareness among the engineering students to realize the importance of deploying micro air vehicles in various fields in India. Many students from various academic institutions have participated in this event. 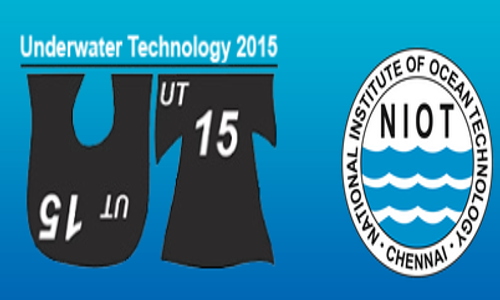 11. All India Seminar on Critical Technology Issues: Mini-Underwater Vehicles National Design & Research Forum has successfully participated in the Grand Event of 29th Indian Engineering Congress hosted by IEI AP State Centre on 18-21 December 2014. NDRF had put up a stall where various publications/Monographs brought out by NDRF have been exhibited. Many of the enthusiastic participants/delegates have purchased the monographs and other books containing valuable information pertaining to the Engineering field. NDRF has also released following monographs and books during the three day event. 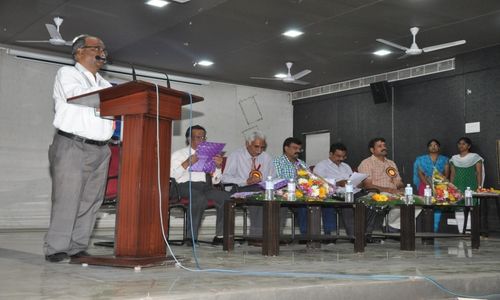 12. All India Seminar on “Agricultural and Horticultural Applications of Unmanned Aerial Vehicles for Micro–Farming” A Two-day All India Seminar on the above theme was organized by The National Design and Research Form, IEI (India), Karnataka State Centre in association with Shri Vishnu Engineering College For Women, on 26-27 March 2015 under the aegis of Inter-Disciplinary Engineering Division, IEI at SVECW, Bhimavaram. Nearly 75 members (both Corporate and Non Corporate) have participated 13. All India Seminar on “Advanced Manufacturing & Applications of Polymer-Metal-Ceramic Matrix Composites” A Two-day All India Seminar on the above theme was organized by The National Design and Research Form, IEI Karnataka State Centre in association with Sri Venkateswara college of Engineering Bengaluru on 18-20 March 2015 under the aegis of Metallurgical & Materials Engineering Division, IEI at SVCE, Bengaluru. The Seminar was inaugurated by Dr. E.S Dwarakadasa, Chairman & MD, KHMDL, Bengaluru. In his address, he emphasized about the importance of the manufacturing in ancient Techniques and motivated the students towards the research and called upon to contribute in this area. 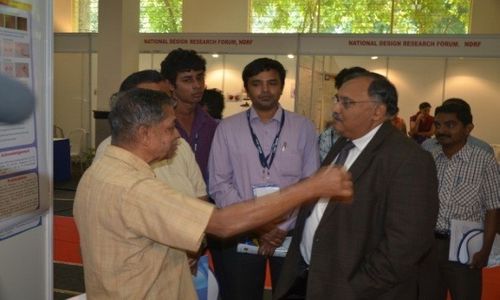 The mission and rules were drawn by a Mission Committee coordinated by NDRF. The Mission Committee with eminent scientists and experts in related fields defined the mission and scoring criteria matching international standards. A technical committee went through an elaborate process and finally shortlisted 12 teams based on reports, video presentations, interviews through SKYPE and personal visits.

3. Research Collaboration On 28 May 2013 a meeting was held between NDRF and Jawaharlal Nehru University, Anantapur. Prof R. M. Vasagam made the Welcome address. Dr. U Chandrasekhar spoke on technical NDRF-JNTUA Collaboration initiative. Dr. L V Muralikrishna Reddy explained the activities carried out by NDRF. Dr. K Ramachandra gave a presentation on MAVs and various research activities related to it.

Prof. K. Lal Kishore, Vice-Chancellor and Prof Hemachandra Reddy, Registrar, JNTUA briefed about the research and academic programmes which are going on in JNTUA. Discussion by the both the team focused on the exploring the possibility of joint collaboration. 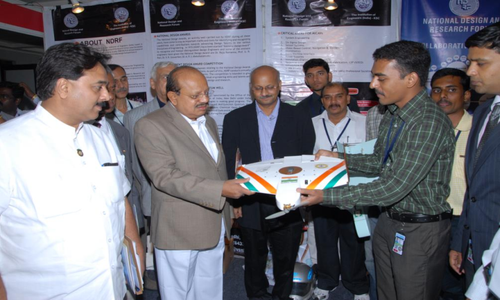 4. Indian Technology Congress 2013 : NDRF / IEI supported the National event - Indian Technology Congress 2013 – on “Towards Making India a Hub of Knowledge and Innovation” held on 24 and 25 July 2013 at Nimhans Convention Center, Bangalore. The event was a spectacular success. At this mega event, we could bring together brilliant minds not only across the country but from around the World too, to share and collaborate. This was appreciated by all the stakeholders and delegates

5. All India Seminar on “Initiatives and Research on Energy, Technologies and Systems” Keeping these objectives in mind, National Design & Research Forum, in association with the Karnataka State Centre, and Visvesvaraya Technological University organized a two-day Seminar on the above theme during 10-11 October 2013, under the aegis of Chemical Engineering Division Board, IEI. 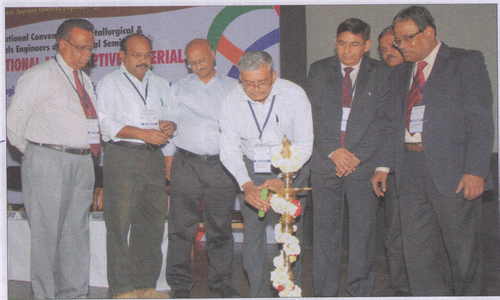 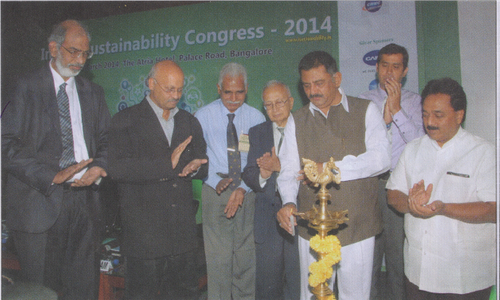