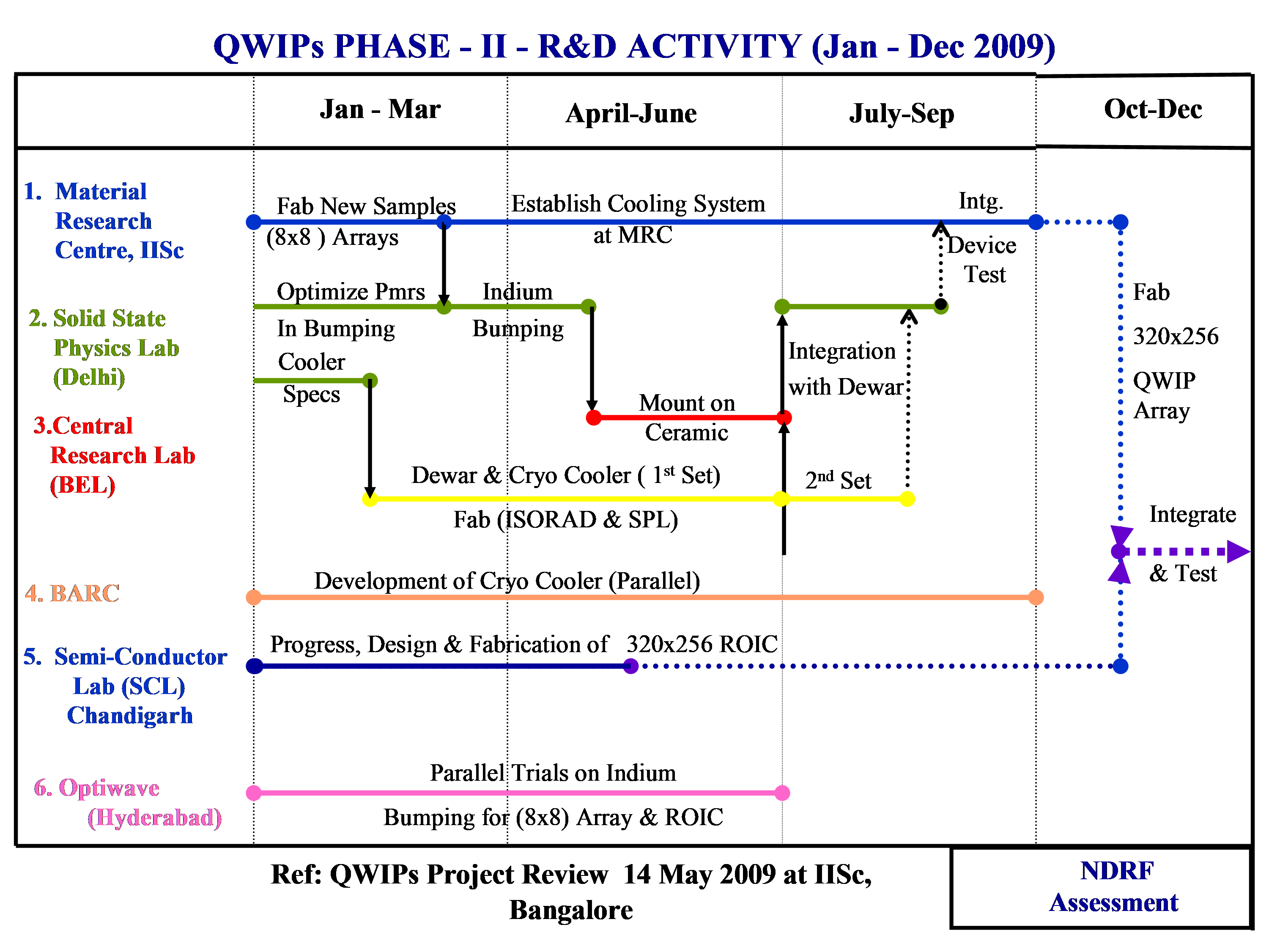 A Project on QWIPS coordinated by NDRF was sanctioned by the Office of the Principle Scientific Adviser to the Government of India, New Delhi under India Millenium Mission - 2020 for Critical technologies. This has been sanctioned vide letter No.F.No.prn SA/ADV/IMM/CT/2002DATED 30.3.2002 to IISc with BEL, Bangalore as the Industry partner.

The project envisages the developmental of GaAs based Multijunction Quantum Well Infrared Photodetectors (QWIPS) using Metal Organic Chemical Vapor Deposition (MOCVD) technique. The work proposed in the present programme consists of the development of multi junction QWIPS. This project is designed for a period of 36 months, which consists of basic development and demonstration of a prototype device with a suitability of technology for the productionization.

PROJECT ON RE-LOCATION OF ANCIENT MONUMENT NDRF has supported Karnataka State Centre of IEI for Consultancy for re-location of Arms Storage Structure, an ancient Archeological monument/heritage structure, existing near Srirangapatna Railway Station. A lot of Research and Design work is involved in this project. The project is supported by Southern Railways and Government of Karnataka.

NDRF & IEI-KSC and apprised BOG about the proposed Design and Consultancy work Project “Relocation of Tippu’s Armoury Building (Heritage Structure) at Srirangapatna” assigned by South Western Railways; he said that this type of Project is the first in the country having very complex structural and engineering aspects and the Project assignment to IE(I) actually fructified after a number of meetings were held with experts, consultants and with officers of South Western Railway and the Government of Karnataka.

NDRF, immediately on receiving this assignment from the Railways, constituted an Advisory Board and Technical Committee under the Chairmanship of Dr. H. C. Visvesvaraya, Past President, IEI and Past Chairman,

NDRF with the following members: 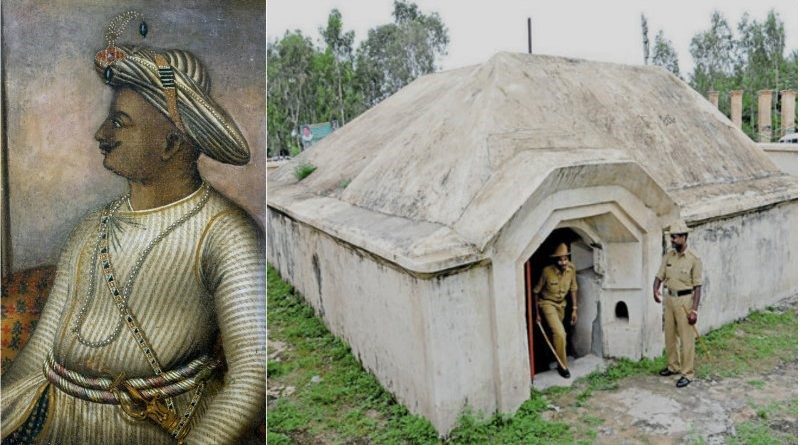 The first set of 10 quantum wells were fabricated by IISc and evaluated. The chairman of the review committee for the project was Dr.P.S.Govindacharyulu, Former Executive Director Gallium Arsenide Technology Centre, Hyderabad and other members are from BARC, PSA, CRL and DRDO.Currently QWIP arrays are under integration and test. 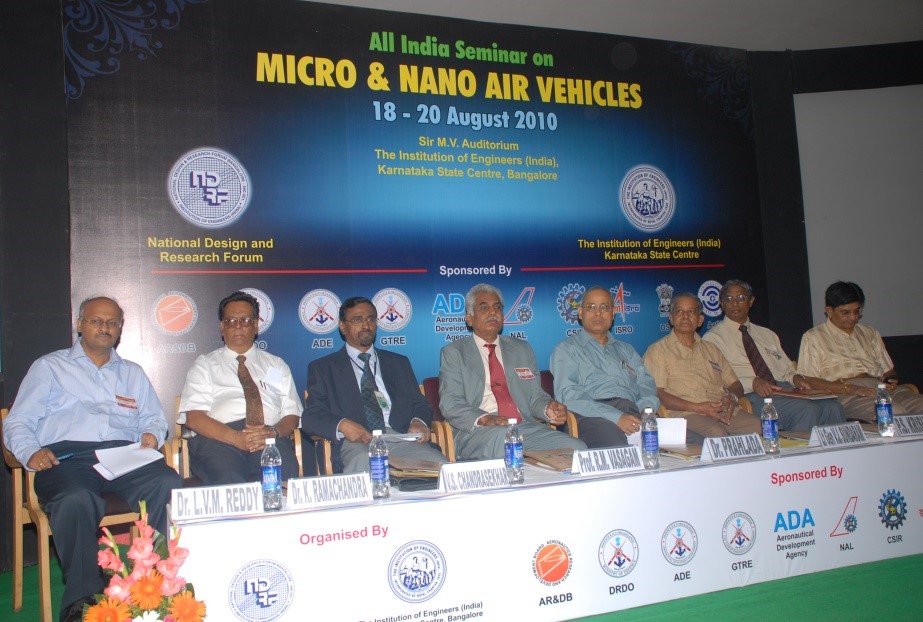 A National Program for Micro Air Vehicles (NP-MICAV) funded by AR&DB and Department of Science and Technology (DST) was sanctioned in 2010 to promote R&D in MAVs.

NDRF conducted an All India Seminar on Micro & Nano Air Vehicles during 18-20 August 2010 at the Sir M.V. Auditorium, The Institution of Engineers (India), Karnataka State Centre. This was followed by a live flight demonstration of several fixed wing Micro Air Vehicles by the participating organizations such as NAL/ADE, D.C. Enterprises and Aurora at Hosakote.

The program sponsored a National Flying Competition in January 2014 at the Jain University Campus posing the challenge for a micro air vehicle to enter an enclosed shelter and transmit videos to a base station 700 m away. Eleven teams participated. 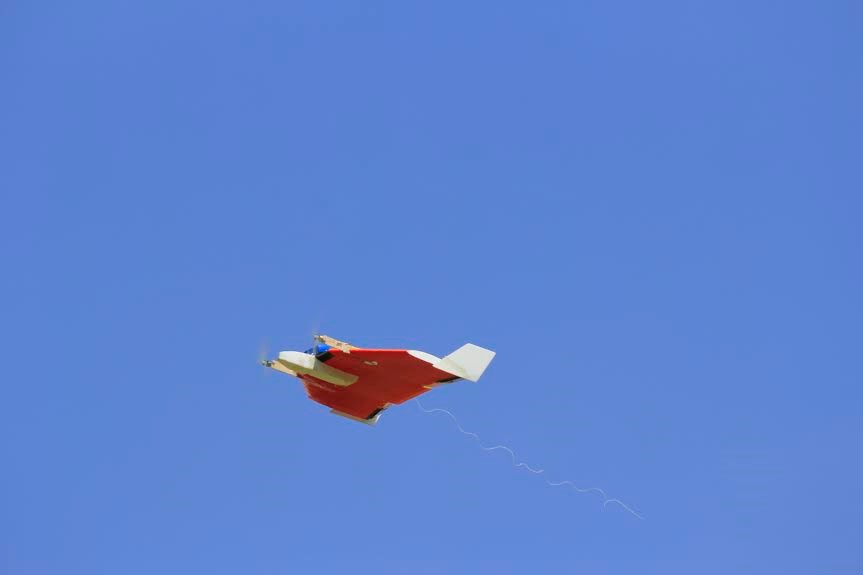 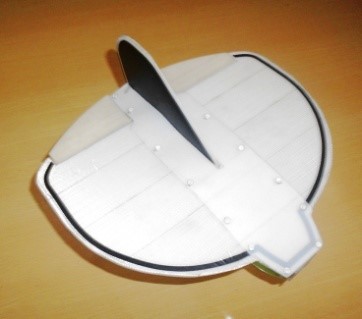 The objective and scope of Technical Support Facility are: 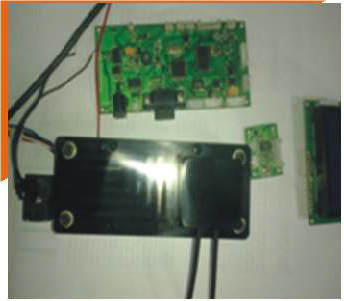 Development of Chemical and Biosensors at NDRF

A focus area for NDRF and its consortium partners is chemical and biosensors to detect toxic gases and pathogens. This has been supported by the National Program for Micro Air Vehicles (NPMICAV). A biosensor to detect nitric oxide using its natural receptor Guanylyl cyclase with luminescence intensity as the indicator was taken to proof of concept to prototype stage by of NDRF and a device fabricated by bigtec. A simulation model was also developed by NDRF based on experimental data from the nitric oxide biosensor.

Development of Simulation Model for Biosensors

Project on “Micro and Bio-mimetic Modelling and Design / Development of Micro-Bio system for MICAV (Biosensor for Detection of Nitric Oxide using its Natural ligand Guanylyl Cyclase)” has been sanctioned by AR&DB. The Project is directly handled by NDRF with Dr. L. V. Muralikrishna Reddy, as the Principal Investigator. The first phase of the project is being carried out in collaboration with IISc, Abexome Pvt. Ltd and bigtec Pvt. Ltd. The progress achieved till date and the critical experimental results obtained at the NDRF / bigtec / IISc are very encouraging and have yielded deliverables. A detailed presentation has been made to the Programme Review Committee of NP-MICAV at National Aerospace Laboratories.

The Objective of the Project is to build a simulation model of nitric oxide biosensor, using enzyme kinetics. The simulation will be done using Bioinformatics software COPASI, Genesis and MATLAB.


TO STUDY EFFECTS OF MORPHING WINGS ON MICAVS 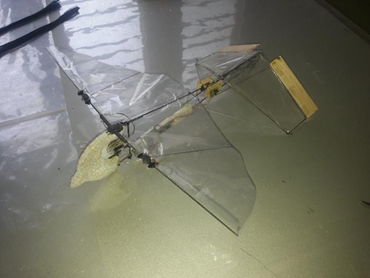 NDRF has been sanctioned a NP-MICAV Project to study Effect of Morphing Wing on Micro Air Vehicles MICAVs). Morphing the wings as in natural filers has several advantages. The purpose of this project is to evaluate the cost and benefits of the three different designs-elbow joint on wing rotation, for enhanced lift. The main aim of the project is to develop a 300 mm Flapper Wing MAV with elbow joints based using a small spring. The elbow is allowed to bend during upstroke and straightness during down/power stroke. A flapping wing MICAV with elbow joints “frozen” was used. A pin was inserted through the elbow joint to prevent bending at the joint. This MAV has an all-up weight of 17.5 gms, endurance of 14.2 minutes and runs on a 130mAHr 3.7 V LiPo battery. Flight tests have proved that the lateral stability gets affected with the elbow joint. Springs of different stiffness were tried out to confirm stability issues different CG locations were tested with no change in the stability issue. However, although straight line flight is relatively stable, but even the slightest change in heading would lead to a compromise in stability. This particular design needs further studies to understand the cause of instability to enable us to take advantage of the benefits of low velocity lift offered by these arrangements in the absence of any literature on this subject.

DESIGN AND DEVELOPMENT OF A TRANSITIONING VTOL MICAV

NDRF is developing a Transitioning VTOL (Vertical Takeoff and Landing) under a NP-MICAV project. VTOL platforms have several advantages, the most important being their ability to take off and land from confined spaces and the ability to hover and stay stationary at any position. VTOL platforms in hover are very stable platforms for various sensors, including imaging and chemical detection.

This 300mm micro transitioning vehicle is a flying wing planform and utilizes a bi-rotor configuration in hover mode. Either elevons, or independent motor tilt will be utilized for control during hover. In hover mode, the bi-rotors will utilize contra rotating propellers and have independent speed controls using high update rate controllers.

To enter the fixed wing mode, the motors will tilt forward until the MICAV transitions completely. Control during high alpha, for fast hover, will also be possible.

This project has completed the first year where in MINIAV was develop and the and Second year of the Project involves developing of 300 mm Micro VTOL. 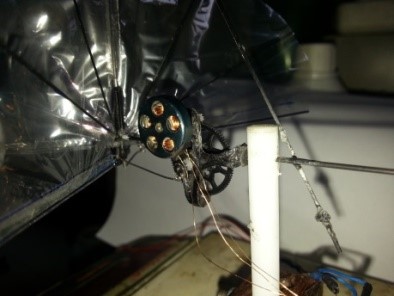 Micro Air Vehicles (MICAV) are being used for surveillance in disaster management, search/rescue and security applications Fixed wing MICAVs are utilized for longer ranges and where higher speeds are acceptable.

Flapping wing MICAV or Ornithopter attempt to imitate wing kinematics and utilize the flapping wings for lift and thrust. Because of their near invisible structure (Rods, and transparent covering for the most part of it) they will have the ability to get close to the object of interest un-noticed. Their physical appearance also aids in stealth operation

Flappers are much more power efficient than rotary wings. Flappers also have the ability to hover, and sometimes even fly backwards making them very maneuverable platforms. Flappers can also fly past windows, doors and through corridors to help collect more data from the area of interest.

NDRF has successfully developed a 125mm span Flapping Wing MICAV under a NP-MICAV Project that has the potential for surveillance application and disaster management. The Project was reviewed in January 2015 by the Review Committee of NP-MICAV

NDRF was sanctioned to build a simulation model of nitric oxide biosensor, using enzyme kinetics. The model is a cumulation of enzyme kinetic behaviour of the each enzyme in the biosensor. It was concluded that experimental variation exists within a system that needs to be taken into consideration which makes it unsuitable for integration into the sensor. This project is successfully closed. 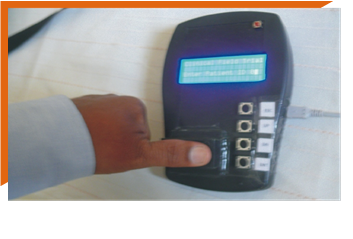 NDRF has taken up a project jointly with Indian Council of Medical Research (ICMR) to develop a Glucometer for Non-Invasive Measurement of Blood Glucose in Diabetic Patients by using (Near Infra-Red-NIR) NIR- emitter and silicon photo detector with wave length of 100 to 1100nm. The instrument measures the absorbance of NIR in the blood and displays the readings on the display as ADC (analogue to digital values) which is computed to the blood glucose levels in Mg/dl. and displayed on the instrument or computer screen using proprietary software application. The advantages of using this glucometer are that, it needs no piercing of the Skin, no blood samples are taken and hence doesn’t cause any pain to patients. As it does away with needles or chemical strips there is no cost involved to buy them. Once the Meter is purchased, the only cost that is involved is in purchasing the battery, which is a consumable. One diabetic patients who have to undergo repeated tests of their blood glucose level will certainly find cost reduction in their expenses, using this unit.
Indian Council of Medical Research (ICMR) funded Project “Development and Manufacture of Non-Invasive Glucometer” handled by NDRF in collaboration with Indus Biomedical Devices has been progressed well. The first Prototype was successfully validated and clinical trials conducted at Jnana Sanjeevini Medical Centre & Diabetes Hospital Bangalore. It is expected that the final Non Invasive Glucometer can be delivered with the calibration, and validation within the stipulated project deadline. To finalize this into a product suitable modification in software and algorithm are under progress. The functioning of the Prototype Glucometer successfully demonstrated recently at ICMR and the Authorities at ICMR were satisfied with the development of the Product. NDRF has been empaneled by the Government of Andhra Pradesh as a service provider service provider for drone based services. Andhra Pradesh State Fiber Net Limited (APSFL), a PSU 100% owned by GoAP under the control of Energy, Infrastructure and Investment Department is the Nodal Agency with a mandate to provide drone based services for various government functionalities.

1. Design and Development of a 15 kg crop spraying system integrated on an Unmanned Hexarotor Aerial System for agricultural crops.